If you are reading this blog it is likely that you are either already pregnant or thinking about becoming pregnant. Congratulations to those already pregnant and good luck to those trying. In my early pregnancy practice I see many women with similar concerns about their pregnancy in the first trimester which I aim to address in this article.

For women with regular periods conception usually takes place around the middle of the cycle just after ovulation. In the first week after conception your pregnancy test may continue to be negative as the Human Chorionic Gonadotrophin (HCG) hormone has not yet started to be produced by the developing pregnancy. Urine pregnancy test usually become positive between 6-12 days after ovulation and should be positive at the time of the first missed period.

Many women experience other symptoms of pregnancy such as sore breast or nausea and vomiting in pregnancy. These symptoms are usually mild in most women however if the symptoms are severe they may need treatment. Other symptoms include feeling tired or having strange cravings.

Why are my pregnancy symptoms decreasing?

Unfortunately bleeding in early pregnancy is a common problem which can cause worry and concern for women. In many cases women can be reassured with the help of an ultrasound scan to show the developing baby and in these cases the cause of bleeding may not be found. Unexplained bleeding in early pregnancy may be due to the developing embryo implanting within the uterine lining or hormonal changes.

While many patients with bleeding can be reassured, it is important that patients are investigated appropriately to rule out other causes including miscarriage, ectopic pregnancy, cervical causes or more systemic causes of bleeding. Additionally for bleeding after 12 weeks gestation and in some cases of heavy bleeding earlier, the patient may require Anti D vaccine if she is found to have rhesus negative blood.

Any pain in early pregnancy should be investigated to rule out serious causes such as an ectopic pregnancy. An ectopic pregnancy is a pregnancy implanted outside the uterine cavity. It occurs in 1 in 80 pregnancies and may require urgent treatment.  Most women with pain in pregnancy will not have an ectopic pregnancy and other more common causes of pain include urinary tract infections or muscular/ligamentous pain. Unfortunately, in some women, pain may also be a sign of a miscarriage.

Women who experience pain in early pregnancy should attend their doctor for assessment. This would usually include an ultrasound scan which in most cases would be able to visualise the pregnancy.

Is nausea and vomiting in pregnancy normal?

About 7 in 10 women experience nausea and vomiting in early pregnancy and in most case these symptoms disappear by 12 to 14 weeks. Mild symptoms can be controlled by a variety of measures including taking small frequent meals. There is some evidence for the use of ginger and acupressor which involves using special bands or bracelets. You may also be prescribed anti-sickness medication.

Ms Rhonda Flemming is a Consultant Gynaecologist and Early Pregnancy Lead at London Gynaecology and holds an NHS post at The Whittington Hospital.  To view Ms Flemming’s bio, click here. 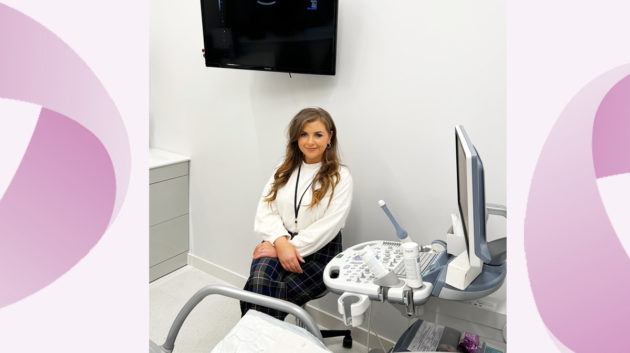 What is Your Period Saying About Your Health
Fertility: Everything You Need to Know
Birthing Benefits of Raspberry Leaf Tea