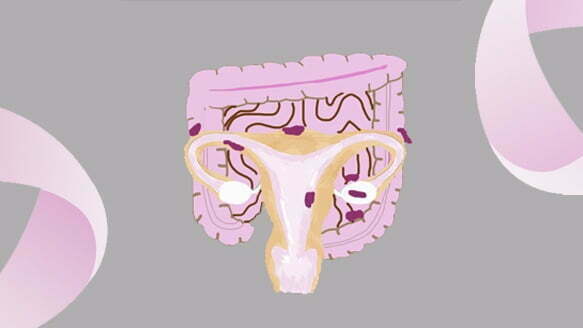 Too often patients who attend a GP appointment over excruciatingly painful periods are met with the default response that painful menstruation is “just part of being a woman”. Yes period’s can be painful, but the truth is, if your monthly bleed is interfering with your day-to-day life or you are struggling with other uncomfortable symptoms, such as pain during sex and/or changable bowel habits, this needs further investigation.

My name is Amber and for the past 11 years I have been battling cripplingly painful periods.

Now aged 23, I’ve learnt that my painful symptoms, the countless trips to the GP, misdiagnoses and the struggle to get my pain taken seriously were all part of a collective experience. I was dealing with an invisible condition and my lengthy diagnostic experience was a textbook example amongst the 1 in 10 menstruators affected by endometriosis.

What is endometriosis and what are the symptoms?

Endometriosis is a chronic inflammatory condition where tissue similar to the lining of the uterus (the endometrium) is found outside of the uterus. This tissue attaches itself to other areas in the body, most commonly the ovaries, fallopian tubes and bowel. Each month this tissue swells and bleeds but unlike the lining of the womb, it has no exit point, which causes pain. The cause of endometriosis is currently unknown. Along with painful menstrual cramps, other endometriosis symptoms may include:

I started my period at the age of 12. Since then, searing pain that would resonate through my pelvis, lower back and down my legs was a routine occurrence for me every month. This would typically be accompanied by diarrhea, nausea, cold sweats, vomiting and passing out.

I dreaded the thought of my period coming. I dreaded the thought of the pain catching me off guard during class, waking me up in the middle of the night or causing me to cancel plans, all of which happened regularly. I knew that for 7-9 days each month my period would take over my day-to-day activities and I’d mentally prepare for what felt like an episode of labour. It wasn’t until I heard other girls at school say ‘I barely notice my period’ that it was clear something wasn’t right.

But getting my voice heard and my pain believed wasn’t plain sailing.

I first visited my GP about my painful periods around the age of 14. My pain was carelessly dismissed as “just part of being a woman”, that “all women experience period pain” and it was something I’d “just have to get used to”.

After several more trips to the GP during the course of my teens and a number of misdiagnoses later I insisted that further investigations were carried out. The GP suggested an ultrasound scan to see whether I had Fibroids, Polyps or Endometriosis. I had the scan, was told I had none of the said gynaecological abnormalities and there was no need for further investigations. I was simply “one of the unlucky ones”. Too shy to question the authority of a doctor as a pubescent teen, I accepted what I was told and went on trying to survive my periods each month.

It was in 2020 that things took a turn for the worst. By the end of the year my pain was not only present during my period but every day. Again I tried to express to a GP the pain I was in, but I was met by a lack of sensitivity and condescending attitude. It especially bewildered me that female practitioners had such a cold bedside manner when it came to discussing my menstrual issues. At this point I was exhausted and anxious about what was happening to my body. I was in my 20s and I felt like an old woman. I was mysteriously ill and riddled with pain.  It hurt to move, to walk, and I was hopelessly wondering how my body was capable of inflicting so much pain on itself. I had to look for answers.

So I took to the internet to see if I could find anyone or anything that could shed light on my situation. Sure enough, I discovered a huge community on Instagram where people were documenting their arduous experiences finding a diagnosis for their chronic pain and were encouraging others to seek help from a specialist.

That’s when I booked a consultation with Mr Pisal. He immediately landed at the suspected diagnosis of endometriosis. With sensitivity and informative reassurance that things would improve, Mr Pisal’s expertise validated something I had been trying to get to the bottom of for years.

I felt relieved to find someone who finally understood. But I couldn’t help but regret that had I not been misinformed and unsympathetically cast off by my GP, maybe those 11 years of fighting my periods would have been different.

What could be done better to improve the diagnosis experience of endometriosis?

The diagnostic experience for those with endometriosis needs to be improved so they can access the support they need earlier. Endometriosis is known for being infamously difficult to diagnose. Laparoscopic surgery is the gold standard for diagnosing endometriosis, but accessing this can take years. According to a APPG report on endometriosis in 2020, it takes on average 8 years for a woman to receive an endometriosis diagnosis.

First, Endometriosis is an under recognised condition, not only amongst the public but also in healthcare. It seems logical that menstrual wellbeing and gynaecological conditions should be covered as part of the school curriculum in Relationships, Sex and Health Education lessons. People who menstruate need to be empowered by education so they can identify abnormalities and feel comfortable to seek help, instead of suffering in silence.

Additionally, despite endometriosis being named by the NHS as one of the top 20 most painful conditions, there is a clear stigma around the believability of pain. Guidelines from the National Institute for Health and Care (NICE) stress that healthcare professionals often fail to realise the importance of symptoms in identifying endometriosis and as a result women are left to feel like they are not being taken seriously, which adds to the emotional stress already caused by the condition. It also plays into the unhealthy and outdated ideology that women are hysterical or have a tendency to exaggerate. NICE quite rightly calls for doctors to be aware of the severity of the condition and to provide support for the long-term physical, psychological and social impacts.

Second, there needs to be an effective course of action for diagnosis, treatment and care. Despite there being NICE guidelines on endometriosis, these have not been implemented across the UK. If an efficient pathway is put in place this will not only reduce the diagnostic period and help people get access to treatment and support but would also save NHS resources. The APPG report on endometriosis found that 58% of patients visited the GP over 10 times, 21% visited doctors in hospital 10 times or more and 53% went to A&E – all of which could be reduced.

The power of intuition

To others looking to get to the bottom of their pelvic pain – don’t give up. If you suspect something isn’t right with your body, even if your GP is telling you everything is fine, take further advice.

Your gut instinct is rarely wrong and while you may not be a doctor, you are a specialist in knowing your body better than anybody else.

For more information, advice and support on endometriosis, visit the UK’s leading endometriosis charity website endometriosis-uk.org. If you have any questions about anything mentioned in the article and would like to contact Amber directly, please do so here.

At London Gynaecology, we provide diagnosis of and see patients for the treatment of endometriosis. To make an appointment with Mr Pisal or another member of London Gynaecology team, please email [email protected] or call 0207 10 11 700 (24hrs).

To learn more about our endometriosis package, click here. 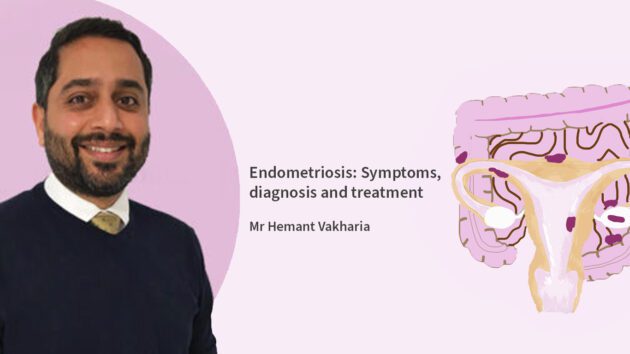