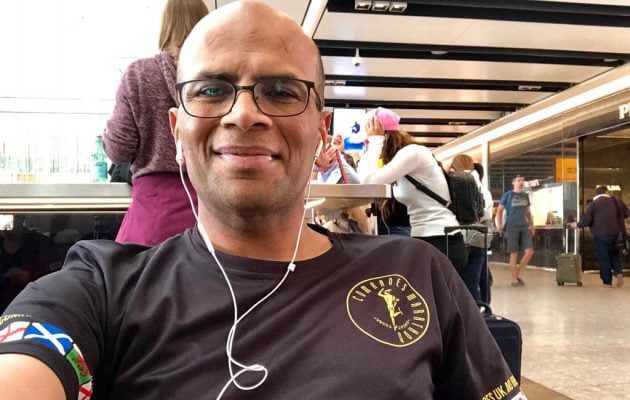 On Sunday, Consultant Gynaecologist Narendra Pisal ran the Comrades Ultra Marathon in South Africa in aid of The Eve Appeal and Jo’s Cervical Cancer Trust. So far, he has raised over £13,000 thanks to the incredibly grateful donations of family, friends, patients and colleagues. It is still possible to donate, and if you would like to, please click here.

Below, Mr Pisal recounts his full Comrades experience from start to finish, explaining his sources of motivation and how he kept going during the most difficult parts of the race:

Runners are often trying to find the next challenge. While driving to work one day, I was listening to Marathon Talk podcast presenter Tom Williams and his 73yr old dad Brian doing the Comrades this year and then was chatting the same day to Simpi, my surgical assistant whose brother in law was doing it for the 30th time this year! It was the same day the entries were opening up and I thought the serendipity of all that was pointing towards me doing this ultimate human race.

When I told Karen Weir (of runwithkaren), she was not phased. She had done Comrades in the infamous 2013 race and knew exactly what to do.

We started training with back to back long runs and I was astonished to get a 8min30sec PB (3:43) in Manchester Marathon in April which was only a training B-race. My foot kept hurting after that and I was sadly diagnosed with a stress fracture in cuboid bone of right foot. We were seven weeks from the start of Comrades. This was a devastating blow and I thought my challenge was over before it had started.

I was fortunate enough to get some very sensible orthopaedic advice from my mate and ace foot and ankle surgeon, Mr Pinak Ray. He said no impact, but ok to cross train. Karen chalked out a cross training plan for me which included rowing, spinning and use of a cross trainer. At this stage I still didn’t know if I was going to do it.

19th May was a Sunday when most other Comrades runners were starting their taper. I had missed a 4weeks chunk of running and started tentatively with a half marathon in Hackney (Thank you Julia Henderson). I ran that at a sensible pace chatting to Amara Hughes and was relatively pain-free in my foot (in runner speak it means ‘hurts like hell, but a morphine shot was not needed’). We then decided to go for it and Karen gave me double weekend workouts with long run-walks on Saturday followed by epic long walks on Sunday. Pradnya my wife would cycle around Regents Park (she is training for London-Surrey 100mile bike race) to accompany my walks at 5am! Simon Tanner joined me last Sunday and we had a great walk talking about life, work and politics!

Marta Solova who is an amazing sports massage therapist and Darran Marshalleck my personal trainer also kept me in reasonable shape when I was off my feet. I was so fortunate to be supported by these expert professionals in Karen, Marta and Darran. Couldn’t have done it without you guys! Your experience of working with injured athletes and still getting them race ready in time was so instrumental.

Meanwhile, Emma Orman and Florence were getting a campaign ready for using this as a platform for raising much needed money for cancer. We selected two charities that are doing amazing work in the field of women’s cancers (Jo’s Cervical Cancer Trust and Eve Appeal). The response from my friends, colleagues and patients was simple astounding. My private practice (London-Gynaecology.com) also decided to put in 5000£ and to date we have raised over 13000£. I am so amazed and indebted by the kindness and generosity of so many people. Really humbled. Thank you so much, it means a lot!

We arrived in Durban with hope rather than confidence. We knew that ‘DNF’ (did not finish) was a real possibility but we thought it was better than ‘DNS’ (did not start). I was constantly chatting to Rob and Mike who between them have done 12 Comrades and their experience, advice and detailed race strategy was enormously helpful on the race day. I also spoke at length to my son Rohit who has successfully completed two Ironmans in very challenging circumstances and he gave me some very useful tips about mental strength. He said sometimes in a race, you have to have a word with yourself and tell yourself why you are there and stop feeling sorry for yourself. It is always a choice and quitters don’t win. That advice was needed in the first 10k itself of this 87k ultramarathon where I had to have a very strong word with myself.

In South Africa, I met so many legends! I met the above-mentioned Tom and Brian Williams. Tom has been a legendary celebrity in my eyes as he along with Martin Yelling has done nearly 500 marathon talk podcasts and I have listened to them regularly over last 3-4 years. I met Bruce Fordyce who won the Comrades nine times in the 80s and I was fortunate enough to go on his bus tour of the route and benefit from his advice. I met Coach Parry whose Comrades podcasts I have been listening to and benefitted from his advice too. Finally I also met Jamie, co-founder of Runderwear, who is doing so much to make life easy for us long distance runners. I also met Isaac, Simpi’s iconic brother in law who was doing his 30th Comrades (triple green number).

On the race day, we got up at 3:15am, had a jungle-oats porridge at the hotel and walked 10 minutes to the start. The start of this race is spectacular and I was really pumped up after listening to Shosholoza, Chariots of fire and Cockerel followed by the gunshot. The race had started! I was in D-pen having qualified with a marathon time of 3:43 but was soon overtaken by EFGH runners as I was planning to start very conservatively.

The up run is famous for the hills. You have to climb more elevation than when you go up Ben Navis and the hills hit you right from the beginning. For some reason my (fractured) right foot went completely numb and I had to resort to walking in the first few km itself as I could not feel the foot landing and was afraid of falling. I then started getting shin pains and had to stop and massage those out. That was the first time I had to have a strong word with myself. I decided to go even slower than my planned pace and follow my plan C. This was to run at a pace just below the cut off pace. This was a dicey plan but I could not have sustained a faster pace.

In Comrades, there are six cut offs and you have to get to those points before a certain time. The time allowed is gun to gun 12 hours to finish this iconic 87km race with over 2000m of elevation. I made all the cut offs (obviously) but only by a few minutes and ended up giving palpitations to all my friends and family who were live-tracking me.

I decided (was forced) to walk all the hills and run all the flats and down-hills. This was again a risky strategy as the downhills come in the second half of the race and I had never run more than 42k even in training (I ended up missing all those long runs post-marathon). But I felt I had no other choice on the day. I had also suffered from flu in the week of the race and my strength must have taken a battering.

During the race, I was so excited to see Pradnya and Rohit five times! They carried a helium balloon with them and I could spot them from a long distance away. I talked to them, received my drinks and nutrition and also got much-needed motivation. One thing I got right in this race was nutrition and hydration and I could keep the cramps away (mostly). One time I was troubled by calf cramps, there was a spectator just there ready with a deep heat spray!

The atmosphere and spectator support throughout the 87k was nothing short of amazing. The whole population of South Africa appeared to be on the route of Comrades singing, shouting names, offering all sorts of food from boiled salted potatoes to barbecued meat to crisps and sandwiches. Water was provided in plastic sachets which meant I could drink from a corner but also use it as my personal hand-held shower! When I needed some Vaseline (don’t ask why), a lady took out one of the biggest tubs of Vaseline I have ever seen! There was coke, cream-soda and ice-cream! It was one long street party!! Thank you South Africa for making it so special.

Meanwhile, my running was going steady. I got into my rhythm and kept going. I was warned about the cats eyes but ended up tripping badly in the early part of the race. This was rather lucky as my aching muscles suddenly stopped hurting as the grazed knee and hands were hurting more!

My Garmin watch was amazing! I was tracking my average race-pace and keeping it as close to 8km/hr as possible. This gave me a 15sec/km cushion for the cut offs. This cushion was much needed in the latter part of the race. Thanks to a technician in the Garmin stand at the expo who had kindly switched off all nonessential functions such as heart rate monitor to vibrating alerts, the battery lasted the whole distance. It could have been a disaster otherwise.

About 15km from the finish-line I was woken up from my slumber when I was overtaken by the 12-hour bus. Buses are groups of runners following an experienced pacer who keeps them motivated and gets them to the finish line. Being overtaken by a bus at 12hr pace meant that I was going to be swept off at the next cut off on top of a nasty hill called Polly’s Short. That’s when I had to have another strong word with myself and get my act together. I made the cut off with just a few minutes to spare. Luckily it’s all downhill from there and I was so excited to see Pradnya and Rohit 2km from finish line. I hugged them and said ‘I have got this!’. I then had the luxury of high-fiving pretty much every spectator in the impressive stadium finish. I had tears in my eyes as I completed this ultimate human race 11:53 with just 7 minutes to spare. I didn’t think it was possible before the race and at so many times during the race. Your mind is stronger than your body and this was an example of my mind carrying my broken body over the finish line.

During the race, I was thinking of my cancer patients. The challenge they face is much much greater than mine. I ask them to focus on the next step and trust the process. Good nutrition, good hydration and positive mental attitude in addition to professional help and strong support from family, friends and colleagues is what you need. I had all of the above on the day and for that I am eternally grateful. This was one of the hardest but also one of the best days of my life. 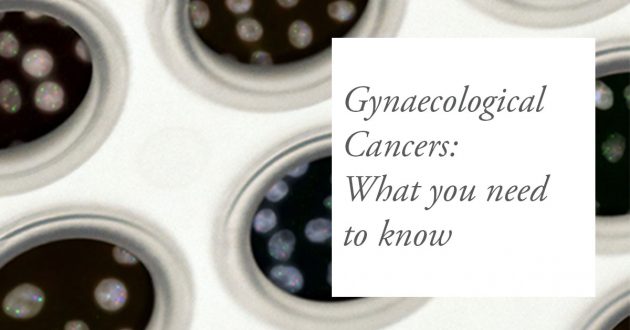 Gynaecological Cancers: What you need to know

Why Your Periods Might Be Irregular
Long Distance Running Tips
Periods Can Be A Right Pain!